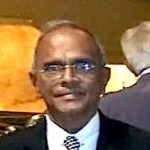 As a law abiding, peace loving citizen of this country, I have been helplessly watching the ever increasing crime rate in the country and its drastic impact on society. In view of the widespread penetration of social media, people of this country had the horrible privilege of witnessing some of the most gruesome crimes being committed in broad daylight, most often by organized gangs who are fighting for supremacy in the underworld and in the ugly world of the narcotics trade. One freighting feature common to most of the murders and armed robberies committed in the recent past have been the professional skills displayed by the perpetrators in handling firearms and escaping from the crime scene.

This clearly indicates that these perpetrators are well trained/skilled in the use of firearms and other offensive weapons. In most instances, where some breakthrough has been made in relation to the investigation of organized crimes, it has come to light that ex-armed forces personnel or deserters have been involved in the commission of those crimes. They appear to be utilizing the training and skills acquired whilst serving in the forces to commit heinous crimes and terrorise the society. It is an irony that the very peace and tranquillity that the armed forces helped bring about in this country, with immense suffering and sacrifice, is being shattered by a few of their own members who have now gone astray for obvious reasons.

This serious situation has given rise to an intense debate among the peace loving citizens of this country about gainfully engaging members and ex-members of the armed forces in the post conflict era and cracking down on the rampant use of illegal firearms and other offensive weapons. In this regard it was encouraging to learn of the steps being taken by the Ministry of Defence, under the personal direction of the incumbent Defence Secretary, to crack down on the illegal firearms circulating in this country.

It was revealed in the media that even licensed firearms issued for personal protection of certain individuals have been used for the commission of offences. In this backdrop, it is important to investigate in order to ascertain whether firearms have been issued to people with genuine needs for such firearms for their personal protection or otherwise. Hence, carrying out a stringent screening process prior to issuing new licenses or renewing existing licenses is most appropriate as proposed by the Secretary to the Ministry of Defence. Such licenses should be issued or renewed only in exceptional cases, subject to extremely stringent conditions.

It is also commendable that the Secretary to the Ministry of Defence took the initiative to deliver a strong message to ex-members and deserters of the armed forces that they would not be treated leniently, if they are found to violate the law of the land by committing crimes. It was observed in the recent past, particularly after the end of the civil war, a reluctance to initiate action against ex-armed forces personal who were found to engage in the commission of crimes, some of which have shocked the nation. The law should be implemented equally. Even the President, Prime Minister and Members of the Cabinet and their actions are subject to the law of the land. Any violators of the law should be dealt with severely disregarding the violators’ position, social status, race, religion, caste etc.

Where members of the ex-armed forces are found to be involved in the commission of crimes, they should be dealt with severely in accordance with the law of the land, not only on account of the crimes they have committed but also on account of bringing disrepute to the armed forces. A few bad eggs cannot be allowed to tarnish the reputation built up by our armed forces painstakingly by implementing people friendly programs and strategies. Hence, the three armed forces should also have their own mechanism to deal with their errant members who bring disrepute to their goodwill and reputation.
Hence, the Ministry of Defence and the Secretary to the Ministry of Defence in particular should be lauded for taking the initiative to implement the law equally across the boards, without any leniency being displayed towards ex-armed forces members who are found guilty of the commission of heinous crimes.
We should collectively pressurize bankrupt and racists politicians to refrain from shielding ex-armed forces personnel from being brought to face justice under the law of the land on the pretext that they are ‘war heroes’. When found accused of committing crimes, whether serious or otherwise, anyone and everyone should face the legal consequences of their actions, irrespective of who they are. Equality before the law is a corner stone of our hallowed Constitution and it should be protected at any cost.
In this regard the efforts taken by the Secretary to the Ministry of Defence to restore law and order in this country, by implementing the law equally across the boards, is vital for adding further value to the war victory achieved by the members of the three armed forces, at immense sacrifice, barely ten years ago.