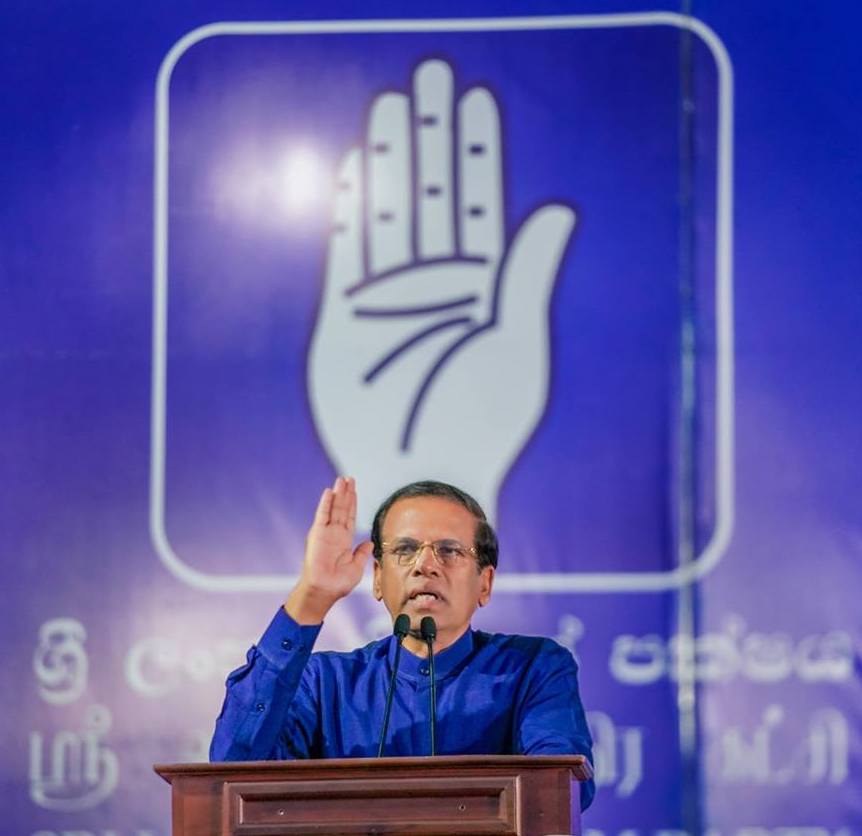 The President’s name was proposed by SLFP National Organizer Duminda Dissanayake and seconded by former Minister Tissa Karalliyadda. The proposal was presented at the Anuradhapura district convention of the Sri Lanka Freedom Party which was conducted as part of the party’s restructuring drive.

The move comes amidst ongoing negotiations between the Sri Lanka Freedom Party and the Sri Lanka Podujana Peramuna (SLPP) to form an alliance to contest together at future elections. UPFA Parliamentarian Vasudewa Nanayakkara told the media earlier this week that the new alliance would be formed within the next few weeks.

However, several candidates of the Rajapaksa camp, including former Defence Secretary Gotabhaya Rajapaksa and former Speaker Chamal Rajapaksa, have also declared that they are ready to run for the Presidency.

Former President Mahinda Rajapaksa, however, remains silent on the name of the candidate. He had told the media on several occasions that the candidate’s name would be revealed when the election is announced.