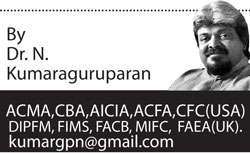 “Kumar Ponnambalam’s gallant and heroic life in advancing the legitimate cause of the Tamils amidst all dangers, has earned him the respect and admiration of his people as a true Tamil patriot.

Kumar was born into wealth and circumstances. Born and bred and stood first among the equal elites of  Cinnamon Gardens, but his inheritance was that he was proud to say he was a Tamil. He had been proud and delighted in displaying it. Secondly, he being the son of the great Tamil leader G.G. Ponnambalam, father of Tamil nationalism in this country and eminent lawyer, Kumar considered this too a symbol of pride. He used to constantly tell me, “Kumaran, we must be honest to ourselves first” and “We must be honest to some extent even in politics.”

Millennia of pride and independence the Tamils cherished were manifest in Kumar. His courage was indomitable. Situations too demanded his role. The wisdom from his learning and successful profession were readily available at the services of his community. He proved this in practice on various occasions. 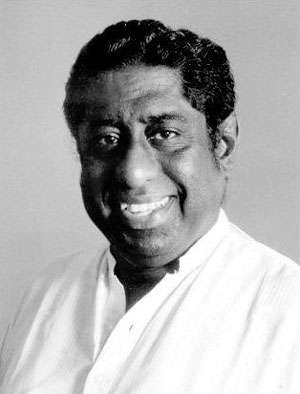 I am really proud of those 25 years in the Tamil Congress — first as a student of politics working closely with Kumar. In that changing political landscape in the North and East, the need of the hour was the solidarity of Tamils and Tamil parties even now at least in principle to protect the interests of the Tamils from attempts to make them second-class citizens in this country. Realising this, Kumar initiated talks aimed at Tamil unity a few days before his assassination. I was with him at those talks. The Tamil parties representing the people in the North and the East realised the need for a common alliance. The talks had been 95% successful and representation was identified with people’s mandate. They also acknowledged and accepted the role of the de facto representatives of the Tamils in the North East through 2001 elections. Several rounds of talks were held with international participation. This was the situation then. At the end of the Oslo Convention, an opportunity to resolve the ethnic problem was given up by the Tamils, a great failure! Who failed?

But then, the South’s priority was war, instead of a quick political proposal or a negotiated settlement. After the abrogation of the Ceasefire Agreement, the North East crisis rushed into a full-scale war which was visible, and now we are at the end of the war, yes the war is over. At the end of the war, the Tamil National Alliance (TNA) leadership, particularly R. Sampanthan, believed in a reasonable political solution to the Tamils’ legitimate aspirations and maintaining diplomacy of not antagonising the Southern forces and expressed trust on the “Maithri-Ranil” leadership. But now the situation has changed, perhaps on the issue of political settlement, both might agree that there must be something substantial? If an acceptable political solution is presented to the majority of Sri Lankans, that can be achieved only under the just bygone contemporary leadership of Sampanthan versus Maithri-Ranil leaderships. One of the main reasons for a Constitutional change is to enhance the devolution of power as a political solution to the historically-unresolved ethnic problem. Therefore, beyond self-centred party politics, if parties can agree, the long-awaited political solution can be achieved. Kumar insisted on the Thimpu Principles on the belief that if the Sinhala leadership political psyche can accept, then we can believe that a political settlement can be arrived with their consent.

Kumar dedicated his life to the Tamil cause, but differed from others. He expected a transparent political scenario and did not believe in behind-the-scene deals. He did not believe in political gimmicks and mincing words for self-centred politics because he did not depend on political clout for his bread and butter. Kumar had been a good friend of many Sinhalese, elite families, professionals and business classes.

He had two primary concerns in furthering the Tamil cause. Firstly, he believed that a respectable solution could be worked out on the basis of Thimpu Principles. Now the state of Thimpu Principles though in the minds faded away perhaps of pragmatism in politics is to avoid historically-allergic antagonising conditions. TNA leader R. Sampanthan too repeatedly expressed his wish to find a solution within one Sri  Lanka.

Thimpu PrinciplesThere was a strong reason behind this. Kumar believed that the insistence of recognition to Thimpu Principles would expose the true position of the Sinhala leadership whether it genuinely recognised the legitimate aspirations of the Tamil people in principle. If the basic principle is sincerely accepted by the Sinhala nation, this will facilitate the subsequent stages of the peace process. Secondly, he realised that other Tamil parties at the time were largely interested in achieving narrow political gains but he was convinced that the LTTE was the only organisation genuinely dedicated towards fighting for the legitimate aspirations of the Tamils. He felt that if there were no such struggle, the South would never consider meaningful power devolution or a peace process to solve the Tamil problem.

It was no secret that Kumar openly supported the ‘political ideology’ of the LTTE. Kumar was a person who hated violence, but he was convinced that historically, the South had failed to accept alternate solutions and had been deceiving the Tamil leaders.

Yes, the pragmatic vision of Kumar is the writings we see on the wall now. It was because of this political belief and role played as a human rights activist challenging the government’s policies with regard to the Tamils that he met with his tragic death. As an activist, he addressed the United Nations Commission on Human Rights in Geneva in 1997 and 1999, and the European Parliament in Brussels in 1998. His campaign reached the zenith and gave him international recognition.

His involvement in the Krishanthi Kumarasamy rape and murder case and the Chemmani mass graves, to mention a few, brought to light the atrocities committed by some elements of the armed forces.

Kumar committed himself to appear for innocent Tamil youths who suffered in the hands of the security forces. I can remember that on one occasion, Kumar was called midnight and rushed to stop the police bulldozing a Tamil house in Wellawatte by the forces. If he were called to safeguard the Tamils’ rights even at midnight, he had the blessed extra-courage of Lord Krishna.

DPA manifestoIt was with much dedication that Kumar worked with Sirimavo Bandaranaike and Anura Bandaranaike to bring out the Democratic People’s Alliance (DPA) manifesto at the 1988-89 elections and campaigned tirelessly for Ms. Bandaranaike.

With Ms. Bandaranaike’s defeat and rejection of the DPA manifesto, he was convinced that the South would not offer an acceptable solution to the ethnic problem. The DPA manifesto called for greater devolution of power.

I had attended several all-party conferences then with Kumar representing the All Ceylon Tamil Congress (ACTC) – and later up to APRC. There again we have seen the phenomenon of history repeating itself. As Kumar believed there would not be a Southern consensus in bringing about an acceptable and legitimate solution to the ethnic turmoil.

Let us analyse his following quotes: “As far as the Tamils are concerned, they in turn, must appreciate that if their aspirations hold that as a Nation they have the right to self-determination and that that right is inalienable in that it is born with them, then they must have the political wisdom, strength and sagacity to exercise that right and decide their own political future themselves. They have, for far too long, looked to peace packages, negotiating tables and anything offered or dished out by the Sinhalese. This beggarly attitude must go. The sooner it goes, the better it is for the Tamils.”

We can consider the followings quotes in another occasion: “May I end by saying that, on the basis of what I have just stated I, personally, have got disgusted and tired of talks, third party intervention, etc. My considered conviction is that a political solution to the Tamil Problem is in the hands of the Tamils themselves and only in their hands and that the Sinhalese and Tamils can continue to live in this island and in peace only if they live in two definite and distinct compartments each minding their own business unfettered by the other. Only such an arrangement will prove relevant that great quotation on peace you have used in your speech:

“Peace is a battle. Peace is never given freely, never acquired. Its conquest is the result of courage and of respect for others. It demands awareness and commitment from everyone. Peace is not the law imposed by the mighty, but that which is founded on equality and dignity of all peoples.”

It is the same rationale. I feel Sampanthan too is seeking a political solution within one Sri Lanka. My late leader Kumar had never been an MP or a local councillor, yet he was a mighty gentleman who challenged the governments of the day. I have heard that the pen is mightier than the sword. We witnessed this in Kumar’s pen. The power of his pen and the volleys of truth it fired were so destructive that they led to his death.

Kumar was courageous, pious and had a vast knowledge in the legal fraternity. His demise has created a vacuum in Tamil politics. A sincere soul never sleeps in slumber is the Almighty’s creation. The writer’s personal view is that after APRC members and himself (an associate of APRC) on a study visit to the UK realised that an enhanced political devolution could be arrived at like in the United Kingdom without categorically stating the nature of state as unitary.

(The writer was the former General-Secretary of ACTC. After the assassination of Kumar Ponnambalam and one of the four signatories to form the TNA, he won his seat as the Colombo Provincial Councillor).