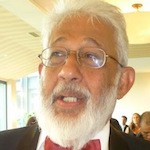 I will not waste my ink reigning curses on the heads of madmen; millions are doing it. I will dwell on the Elections Commissioner’s (EC) dilemma. He seems to have asked the Supreme Court (SC) to rule on constitutionality; if so the following are possible scenarios.

1. The SC refuses to get involved (ducks making a clear-cut ruling). EC should then go ahead and hold elections as instructed. He absolutely should not do anything that can be used by the madman as an excuse for replacing him by some slime-ball sycophant.

2. The SC gives a determination. I can think of three options.

a) It holds that the dissolution is NOT unconstitutional. An incredibly bad judgement but nothing is impossible these days when all about us are losing their heads. In that case EC must go ahead and conduct the elections and do nothing the madman can use as an excuse to replace him by a slime-ball as explained above.

b) The Court holds that dissolution is unconstitutional. We are back to square one. Mahinda Rajapaksa, if he has any cunning, should resign forthwith; put all the blame on Maithripala Sirisena for misleading (sic!) him (“The madman informed me that 113+ MPs wanted Ranil to be replaced by me”). Ranil on resuming office should, in consultation with MR (needs 2/3-rds), dissolve parliament and hold fresh elections. After the madness of the last 2 or 3 weeks this seems to be one smooth way out.

c) SC holds that dissolution is unconstitutional but in view of what the madman has already done the status quo prevails and it is not possible to return to the prior pre dissolution status. The Court instructs EC to conduct elections; EC should comply.

These are legal niceties but what is far, far more important as I have been insisting for two weeks is mass mobilization. We don’t know what the madman will do next. Will he try to use the army; lock up Karu, Ranil and possibly even MR; declare Emergency after inciting anti-Muslim, anti-Tamil communal riots? Nothing is impossible; only a vigilant and mobilized populace can limit the damage being done by this lunatic.