This article was Posted on 17th December 2014

Defence Secretary Gotabhaya Rajapaksa, taking part in an interview on Derana TV on Monday, defended the government much better than most ruling party politicians who make a lot of noise in dramedies that are political debates but leave the viewers unconvinced and disappointed in the end. He, as usual, tore into the Tamil National Alliance (TNA) which, he said, remained committed to a separate state and had a visceral antipathy towards President Mahinda Rajapaksa.

Interestingly, a discerning viewer phoned in to inquire from the Defence Secretary whether the government, having raked the TNA over the coals, would not find itself in a dilemma if that party ever decided to offer its support to President Mahinda Rajapaksa. Gotabhaya, who usually pulls no punches or minces no words, said very diplomatically that anyone could back the President, but the government would not compromise on its policies. Never would it do anything at the expense of the unitary status of the state, and a troop withdrawal from the North was out of the question, he stressed, defending the government decision to deny the provincial councils land and police powers. The government has thus made it very clear that even if the TNA were to back President Rajapaksa it wouldn’t get anything in return!

The TNA has already decided whom to support, but does not want to announce its decision until the eleventh hour for obvious reasons. It is only pretending to be blowing hot and cold. There is no way it could extend its support to President Mahinda Rajapaksa, whom it is all out to haul up before an international war crimes tribunal. It won’t scruple to have a pact with even the devil, so to speak, to oust him and, thereby, make things easy for the foreign governments out for his scalp. It knows that a declaration of its backing for Opposition presidential candidate, Maithripala Sirisena, at this juncture will be counterproductive, given the anti-terror sentiments of the ordinary voters. It was a mistake for Gen. Sarath Fonseka to have the TNA as a partner at the 2010 presidential election. Blinded by his hatred towards the Rajapaksas who had short-changed him, he declared that he was prepared to have an alliance with even the devil’s mother to kick them out of power. The rest is history.

Now that the government has made its position very clear as regards the TNA, the joint Opposition will have to commit itself to preserving the unitary status of the country, keeping the military in the North, retaining police and land powers under the government among other things. Else, it will be seen to be agreeable to the TNA demands.

1 Dec 2014 – There cannot be a winner without been on offensive. … If MahindaRajapakshe canget 70% of the Sinhala Buddists vote, he can win without

Of that stinking tax

The Colombo Municipal Council (CMC) drew a great deal of flak for mulling over a tax on private lavatories in the city a few moons ago. We thought the municipal authorities had shelved the stinking tax in view of public resentment. But, it is far from ‘flushed down’ if radio discussions thereon are any indication.

If a tax of this nature is levied, the city dwellers will be faced with a double whammy. Government taxes on food stuff have rendered what ‘goes in’ really expensive and now the so-called city fathers are trying to make what ‘comes out’ equally costly! The CMC bigwigs, no doubt, need more funds; they have to feather their nests and maintain an army of freeloaders recruited as municipal workers purely on the basis of their political connections. But, can’t they think of a better way of boosting their revenue?

The media, sometime ago, exposed a government move to tax water wells on the pretext of registering them, but thankfully saner counsel prevailed and that ill-conceived scheme was abandoned. But, there is no guarantee that it won’t surface again. Taxes don’t just go away; they return like vultures. Some governments toyed with the idea of taxing wells but none of them wanted to commit political hara-kiri by implementing it. Enron, a multinational giant, it may be recalled, was planning to buy water rights the world over so as to make Adam’s ale more profitable than black gold, but fortunately that predatory venture went belly up as if there had been some divine intervention on behalf of the hapless people across the globe.

The UPFA government has made the Cost of Living extremely high and the UNP-controlled CMC has made dying a very costly affair by jacking up the prices of burial plots unconscionably. In colonial times, taxes were imposed on women’s breasts here, we are told. The present-day government and municipal politicians are no better. They are quite innovative when it comes to squeezing the public dry. At this rate, unless they are kept in check, the day may not be far off when taxes are imposed on all parts of Citizen Perera’s anatomy.

It is hoped that the CMC will make its position clear on the obnoxious tax at issue. 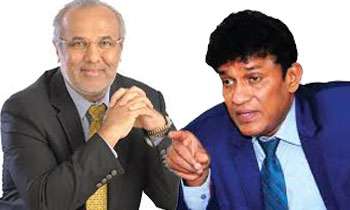