Leader of Eelam People’s Democratic Party (EPDP) MP Douglas Devananda, in an interview with , speaks about his recent visit to India along with a parliamentary delegation headed by Speaker Karu Jayasuriya.

Excerpts of this interview:

Q You recently took part in a visit to India as part of a parliamentary delegation and met with Indian Prime Minister Narendra Modi. What is your assessment of the visit?

As far as a visit to India is concerned, I had two issues. One is that the Tamil opposition accused me of a person barred by India. According to them, I was a proclaimed offender. They said I had committed non-bailable offences. So, it was a good opportunity for me to go as a result. Otherwise, I am not interested in undertaking foreign visits as such unless they are beneficial enough. In India, I got the chance to visit the Prime Minister, the Foreign Affairs Minister, the President and the main opposition parties. Other than that, I, alone, met with the MPs from Tamil Nadu representing DMK, AIADMK and the Communist Party. I met these people in Chennai after I concluded my stay in New Delhi. This is the first time I went there after 2010.

Q What is their opinion of Sri Lankan Tamil issue?

Now, DMK leader M. Karunanidhi is not there. Also, Jayalalitha Jeyaram of AIADMA is no longer there. There is a kind of a political lull as a result in Tamil Nadu. I informed the Indian leaders including the Prime Minister that I would welcome the new Constitution if it happened. But, it won’t happen anytime soon. Until such times, for the issue of Tamil speaking people, the 13th Amendment should be implemented in full. I have been telling this since 1987. If the new constitution is worked out, it will have to be passed with a two-thirds approval in Parliament. Besides, it should be put to approval of the people by referendum. Yet, the 13th Amendment is part of the present Constitution. There is no need to have further parliamentary approval to implement it. People in the South also benefit from the provincial council system at the moment. They won’t object to that. India has supported it. Once the understanding between the Sinhala and Tamil communities is built, we can move forward for further arrangements.

Q We learnt that you made some requests to the Indian Prime Minister. What are they? 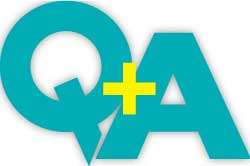 I stressed the need to implement the 13th Amendment in full. We ourselves have to solve our problems. That is my position. Literally speaking, we have to deliver our baby. India can only play the role of midwife. In my parliamentary speeches, I repeatedly said that the Sri Lankan government should engage not only with the Indian central government but also with the state government of Tamil Nadu. Only then would we be able to settle our problems. Mr. Modi himself said it there. He asks us to have dialogues with the different state governments of India including Tamil Nadu, not solely with the central government in New Delhi.

There are a lot of Sri Lankan Tamil expatriates living in India. They find it difficult to get exit permits. I asked India to ease the process for them. If these people want to come and settle in Sri Lanka, they should be given livelihood facilities here. The Modi government was requested to help the war-affected people here.

I asked the Indian Prime Minister to help upgrade the Palaly airport and the Kankesanthurai harbour. Tamil Nadu is one of the fastest growing states in India. Today, there are a lot of items being imported from Tamil Nadu – food, textiles etc. If they are imported directly through the KKS harbour, the cost will be lower. It will generate employment for thousands of people in Tamil Nadu.

I will improve connectivity with India not only for people in Tamil Nadu but also for those in Anuradhapura, Trincomalee etc.

Q So, you asked for air connectivity?

Yes. That is to connect with cities such as Chennai and Trichy.

Q How do you read India’s interests in Sri Lanka?

As far as geopolitics is concerned, India has security concerns. India will look at it from that angle. India is a regional power.

Q You advocated the provincial council system right from 1987. The Northern Provincial Council will stand dissolved soon. After that, there is no provincial political authority. What do you feel about this?

It will be there under the Governor. I think it will be there. Without the elected council in the past, we did a lot of work under then Governor Gen. G.A. Chandrasiri. He gave a lot of help to the people. He is a disciplined person and a hard worker. We did so much in the north under him.

There are only frauds and misuse of power. They cannot complain that the central government is not sending money. If there is no money sent, how can they commit financial frauds? They confuse themselves.

Q If the council can be run with a governor, it gives credence to the allegation that the provincial council system is a white elephant. What is your response?

Tamil people want devolution of power. For other people, let them decide what they want!

Q What is your assessment of the current situation of the country?

Today, the dollar rate has hit above 170. It may go up to 200. It is a very bad situation. There is a problem internationally. The two main parties are there in the national government. Two swords cannot be kept in one case. One should be there to work out a solution to the national question. Another one should look after economic affairs and all else. Today, we find officials not cooperating with the government. They are scared because some top officials were taken into custody. The government is in a difficult situation to move forward.

Q How do you look at the next elections to be conducted in 2019?

In the south, it will be a crucial election. Only after the budget, we can see what is going to happen. I do not want to be involved in political conflicts in the south. I abstained from voting on the motion to suspend MPs Wimal Weerawansa and Prasanna Ranaweera for two weeks. They might have done something wrong. They should be warned but not punished like this. I abstained from voting.

Q How do you view the political issues in the north?

I am thinking of contesting as a candidate for the chief minister’s post. I have been in the central administration for a long period. Now the time is right to do otherwise. The Tamil National Alliance (TNA) will be split into two. The TNA promised to deliver what is impractical at the moment.

Divisions within the TNA are very serious. They openly criticize each other. In politics, there are no permanent enemies or friends.

Q The TNA had such differences in the past. But, they used to shed differences during election times. Won’t it happen this time?

The LTTE was there at that time. Now the LTTE is no longer there. The TNA was like a bag of potatoes held tight at that time. Today, the bag is unpacked. Potatoes are scattered all over. No one is there to collect them. Tamil politicians such as Gajendra Kumar Ponnambalam, V. Anandasangari and Suresh Premachandran were there. Now, they have formed their own political entities.