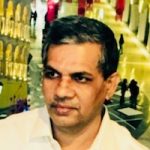 The 1978 Constitution introduced by the late President JR Jayewardene had limited the terms of Presidents to two in terms of Article 31(2). This term limit was lifted through the 18th Amendment which enabled former President Mahinda Rajapaksha to contest for the third time after two successful terms.

However the 19th Amendment reintroduced the restriction on the terms of Presidents to two by Article 31(2). Arguments are now being brought out to the effect that this restriction does not apply to former Presidents and only to current and future presidents.

Two important arguments are put forward in this regard.

One is that the restriction brought about through the 19th Amendment is not retrospective and therefore does not bring the terms of former Presidents within its ambit. To support this position, it is argued that the restriction imposed in terms of Article 31(2) was not in the statute book when the 19th Amendment was introduced and that therefore the restriction should be considered anew and that as such it did not apply to former Presidents. Prof G L Peris cites the opinion of the Supreme Court with respect to the duration of the incumbent President that it is five years notwithstanding the fact that People elected him to serve for a period of six years which meant that it did not have retrospective effect.

The other is that the Presidency under 19A is a new Presidency whose office was never held by former Presidents like Mahinda Rajapakshe. To substantiate this position Prof G L Peris refers to section 3 of 19A which states ‘ Article 30 of the Constitution is hereby repealed and the following Article substituted therefore:-

This Article and the repealed Article 30 are identical except for the replacement of the word “six” with the word “ five” in sub Article (2).

He also tries to have recourse to the various restrictions placed on the powers of the President under 19A in order to add vigour to his position.

This Article tries to examine the above positions and arguments in the light of Constitutional provisions.

Introduction of the Executive Presidency

The Executive Presidency was introduced in 1978 through Article 4(b) of the Constitution which read,
“ the executive power of the People, ………shall be exercised by the President of the Republic elected by the People;”

The Mechanism by which the Executive Presidency was Created

Article 3 of the Constitution lays down that In the Republic Sovereignty is in the People and is inalienable. And that Sovereignty includes the powers of Government, fundamental rights and the franchise.

Sovereignty in short means complete/ absolute or unlimited or unquestionable power. This power belongs to only the People and it includes ‘ powers of Government’.

Powers of Government can mainly be divided into three. They are the legislative, the executive and the judicial powers. These powers are vested in the different organs of Government by the People through Article 4.

The legislative power of Parliament springs from this Article only. Various other articles relating to law- making are only extensions of or elaboration on this Article . This Article can never be replaced or materially altered without the approval of the People.

Similarly, the Executive Presidency installed by the People through Article 4(b) can not be done away with and replaced by a new kind of Presidency by Parliament without the approval of the People at a referendum. All other articles in respect of executive powers are mere extensions or descriptions of this Article only and consequently obtain their legal force from this sub Article.

Though the 19th Amendment repealed it and substituted it with literally a new executive Article the substance of the Article remained unaltered except for the reduction of the duration of the term from 6 years to 5 years. In effect it is the same article with a minor Amendment.

What is noteworthy here is that this duration of the term of office was not included in Article 4(b) and therefore did not affect that Article.

Therefore Article 30 in the 19th Amendment could not have introduced a new executive Presidency overriding Article 4(b).

Altering the Powers of the President

The changes effected to the powers of the President in terms of the 19th Amendment was within the powers of Parliament vested in it in terms of Article 4(b). A contrary position in the opinion of the Supreme Court would have required a referendum. Parliament is incompetent in view of the substantive limitation placed on it to replace the Presidency with a new one or alter its power materially without the approval of the People.

Therefore it is illogical to claim that Parliament has done something which it is Constitutionally incompetent to do.

The Question of Retrospective Effect

Constitutional provisions are generally not retrospective beside the presumption that laws are always prospective unless contrary intention is explicitly stated. Therefore there is no issue about retrospective effect. What Article 31(2) does is to lay down an additional disqualification to the list contained in Article 92.

What is crucial in determining this is whether at the time of tendering nomination for the election of President, one had already been elected to the office of President twice. Simply because one held the office prior to the introduction of the new disqualification, can it be treated as no disqualification at all.

For instance, a person who has served six months of imprisonment during the period of seven years immediately preceding is disqualified to be elected to Parliament or to the office of President. Let’s imagine that an amendment is brought to reduce this to three months. Can one claim that he served the prison term for four months prior to the amendment which has no stated retrospective effect, and that therefore he is not disqualified.

Article 30 never introduced a new Presidency and consequently it has not replaced the Presidency with a new one.

The changes effected to the powers of President under 19A is within boundaries of the legislative powers of Parliament which were incapable of altering the character of the Presidency materially as envisaged in Article 4(b).

Therefore former presidents who have twice been elected can not run for the third time for the Office of Presidency.